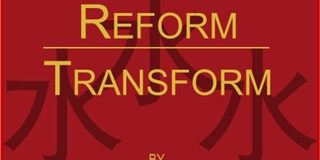 CWR's Xu looks back at a tough year for China but sees transformations ahead - make sure to stay on top of them! Xi still committed to building a Beautiful China despite trade war, slow growth & other challenges; environ protection is crucial in transitioning China’s economy from 'high speed' to 'high quality'
'One size fits all' shutdowns simply to pass environmental inspections are now prohibited; instead, enforcement will also help co's get over difficulties & comply
The Yangtze River Economic Belt (YREB) was again a focus region with a Yangtze River Protection Law to be legislated; plus China is prioritising ocean development & an 'Ocean Ten' plan is coming

China’s “Two Sessions” (两会, lianghui) of 2019 have wrapped up. In 2018, China achieved a growth rate of 6.6%. While this number is slightly better than expected and interpreted as “within a reasonable range”, it still represents China’s slowest year of growth since 1990. This has been attributed to a series of challenges which emerged in 2018 (China’s 40th anniversary since “reform and opening up”), including the trade war, government debts, over de-leverage and the lack of liquidity for non state-owned enterprise (SOEs).

However, staying true to his resolution to build a Beautiful China, President Xi has again stressed how important it is to stick to the construction of an eco-civilisation and the prioritisation of ecology. Pollution control, as one of the three tough battles (the other two are preventing financial risks and reducing poverty) for the Chinese government, will be further continued in 2019. The Yangtze River Economic Belt (YREB) will still be the focus of the construction of eco-civilisation, with the help from the legislation of the Yangtze River Protection Law.

Here are some key takeaways from the “Two sessions”:

The battle to tackle pollution has had some short-term impacts on the economy. Some highly polluting enterprises have experienced shut downs or production cuts, which has impacted the local economy of some regions. Some local governments even saw environment protection as the obstacle to local development.

He stressed the importance of Inner Mongolia as a belt of ecological security and beautiful landscape in Northern China. He also believed that pollution control and environmental protection is a crucial step towards the transition of China’s economy from “high speed” to “high quality”.

President Xi also noticed some issues in balancing economy and environment and stated that “Blindly launching projects should be prohibited even when there are difficulties in the economy because they sacrifice the environment for economic growth and break ecological red lines,” and “We must strive to get over difficulties and firmly stick to ecological environmental protection”.

Xi’s resolution has also been reflected in the government work report of 2019. Lowering the density of main pollutants is still a key target for 2019. The three wars on pollution (war on air, water, soil pollution) will continue to be pursued.

In a word, realising an eco-civilisation is tough, especially given China’s current situation, but it is still happening.

An “environmental protection storm” became quite a popular and striking phrase in 2018. Wherever the storm went, local enterprises became horrified and concerned about production cuts or shutdowns. In the beginning of the storm, some local administrations hoped for quick success and arbitrarily/completely shut down projects/factories to get through the environmental protection inspection. However, this “one size fits all” approach is neither sustainable nor a purpose of the inspection, and has brought negative impacts to local residents.

The “one size fits all” phenomenon is to be strictly prohibited…

As a result, the Ministry of Ecology and Environment (MEE) published the “Working Opinions for Prohibiting the ‘One Size Fits All’ Phenomenon in Environmental Protection” at the end of May 2018, just before the review of the inspection. Li Ganjie, the minister of MEE also stated in the “Two Sessions” that the “one size fits all” phenomenon is to be strictly prohibited.

In the government work report of 2019, Premier Li Keqiang further stressed that “enterprises as the main body of environmental protection need to be properly guided, helping them to comply with corresponding regulations and standards”. In the subsequent “Two Sessions” press conference, Li Ganjie summarised progress in prohibiting the “one size fits all” phenomenon and further proposed that in the future, environmental enforcement needs to be standardised and service-minded – environmental enforcement will not only inspect but also help enterprises to get over difficulties and comply with certain regulations and standards.

“Big protection rather than big development” for the Yangtze

The rehabilitation of the Yangtze River has already started and satisfactory results have been achieved in the last two years. In 2019 the following aspects will be the MEE’s key tasks:

In 2018, up to RMB5bn was provided to facilitate ecological compensation in Yangtze River basin

The government work report of 2019 also viewed the YREB from an economic angle. It promoted the coordinated development of the upper, middle and lower reach of the Yangtze River and planned to build a comprehensive transportation system in YREB.

The “Yangtze River Protection Law” (YRPL) will be legislated

Moreover, the environmental legislation work for the YREB will also progress in 2019. The “Yangtze River Protection Law” (YRPL) will be legislated, as pointed by Zhang Yesui, the speaker of the 13th National People’s Congress (NPC). The YRPL was listed in the legislation plan in September 2018 and the draft was submitted at the end of the year. The purpose of the YRPL is to protect and improve the ecological environment of Yangtze River and promote the sustainable use of resources & the high-quality economic development.

Jiang Bixin, the vice-president of China’s Supreme Court, said that the YRPL will be important and provide basis for cases related to environmental resources. The Supreme Court will comprehensively categorise the problems, conflicts and shortcomings through careful investigations, and then submit them to the National People’s Congress to help with legislation.

Apart from a vast land area, China also governs a large body of water. However for a long time in history, instead of reaching out like western countries, China did not attach much importance to the ocean and chose to isolate itself until modern times.

In the 18th National Party Congress, China proposed to be a maritime power and put the National Maritime Strategy and the Marine Fundamental Law Legislation on the table. The “One Belt One Road” initiative further demonstrates China’s new ambition to reach out and globalise.

However, currently China’s ocean development is facing four challenges according to a recent investigation conducted by the finance committee of NPC,:

China is still facing serious environmental risks in its ocean…

Although China’s marine ecological environment quality has steadily improved in recent years, China is still facing serious environmental risks in its oceans. Data shows that about 10% of China’s bay areas are seriously polluted, over 17% of the coast are eroded and about 42% of the coastal areas have exceeded their ecological capacities.

Wang Jinnan, the president of the Chinese Academy of Environmental Planning of MEE, suggested in the “Two Sessions” that “ocean development should refer to the successful experiences from the ‘Air Ten’, ‘Water Ten’ and ‘Soil Ten’ to enact the ‘Ocean Pollution Prevention and Control Plan’ (Ocean Ten)”. In the government work report, the development of a “blue economy” and ocean environmental protection also became a key task in 2019. In a similar vein, Ma Huateng, the CEO of Tencent has proposed the construction of national ocean parks.

Despite weathering tough times in 2018, China has clearly made headway in the pursuit of a Beautiful China. As it sorts out structural problems in the year ahead, expect the reform to continue and disruptions to ramp up – it’s just the beginning. Robust innovations and industries will sprout up so keep pace with these transformations. We’ve already called it previously that the Year of the Pig will be a transition year and President Xi echoed this in his New Year speech – “time stops for no one, and the seasons keep changing.”

Author: Yuanchao Xu
Yuanchao uses his analytical proficiencies towards the assessment and visualization of water risks for China Water Risk. Prior to joining, Yuanchao was based in Europe completing the Erasmus Mundus Master Program where he specialsed in hydro-informatics and water management. He applied his skills in climate forecasting and water resource modelling to the EUPORIAS project with DHI (Danish Hydraulic Institute) which resulted in a conference paper on seasonal climate forecasting. Building on this work, he went on to develop hyfo, an open-source R programme for climate scientists and modellers to analyse and visualize data. Yuanchao’s bachelor degree was from the China Agricultural University where he specialized in heat energy and power engineering. During his time there, he also patented a testing instrument for hydraulic machinery. He has studied and worked in Beijing, Nice, Newcastle and Copenhagen.
Read more from Yuanchao Xu →
« previous
Welcome To China’s Zero Waste Cities

Next »
Water: Leave No One Behind
Related Posts
IPCC AR6: High Hopes For Oil & The US + China & The Rest Of Us
IPCC AR6 WG2: 8 Dire Impact Facts You Must Know
Adapt or Die: 8 Things You Must Know for An Effective Resilience Roadmap
IPCC AR6 WG2 Demands We Build A Climate Resilient Northern Metropolis
First-ever 14FYP for Water Security – 8 Key Thoughts
5 Trends for 2022: The Year Of The Tiger
The Latest anay