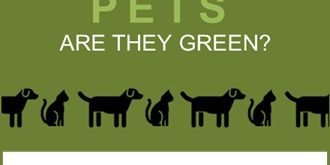 Pets – Cute But Are They Green? The water footprint of a dog’s diet is up to 65% that of the average human’s diet; cats are better at 8%; the size of the pet matters - the larger the breed the more water required in its diet
How about carbon? The diets of cats & dogs in the US contribute to 64mn tonnes of greenhouse gas emissions, more than emissions from all of Ireland; pet owners need to rethink purchases
What's more, pet ownership is on the rise e.g. Chinese households with pets surged by 43% to ~100mn in 2013-2018, totalling 141mn cats & dogs. Will it become a luxury to own a pet?

Christmas is about getting together with your loved ones. For animal lovers, there is nothing like snuggling up with your furry friends in winter and posting tonnes of pictures of them with cute festive costumes purchased online.

In 2017, 4mn pet product orders were made in a single day near Christmas on Taobao

As Christmas draws near, sales for pets often increase dramatically. Just on the Dec-12 shopping festival in 2017, a total of 4 million pet product orders were made in a single day on Taobao, an ecommerce giant in China. Pet food, toys, and accessories are certainly a promising opportunity for both pet product manufacturers and retailers. The dark side: increasing environmental footprints.

Owning pets has become a norm in modern households these days. Having a cat or dog is similar to raising an equally adorable baby with a relatively much lower cost. Though it doesn’t cost a fortune to keep a pet for company, what is the true cost of the pet population on the environment? Are you blissfully unaware that owning pets like cats and dogs could also contribute to carbon and water footprints?

It seems like cats and dogs don’t ‘eat’ as much water compared to human as you can see from the diagram below. But it really depends on what breed you have, and whether you are comparing to a normal or vegan human diet, or whether they are in developing or developed country.

Cats win this time – as it only uses 8% of water used in human diet, or 85 tonnes/year.

Of course, these water footprints become relatively higher if you compare them to a vegan diet, or a normal diet in developing country like China. The water footprint of a large breed dog’s diet could be as much as 87% that of a vegan’s diet or 80% that of a Chinese person’s diet. Whereas it is only 41% that of a Hong Konger’s diet.

These findings also confirm that size of the pet matters – the larger the breed the more water required in its diet. This may come as a relief for most Hong Kong-ers as they prefer to keep small breed dogs or cats in their households due to crowded living environments in the city (and how adorably tiny they are!).

What about pets’ carbon emission? A US study shows that the meat-based food cats and dogs eat, are responsible for a whopping 64 million tonnes of CO2 equivalent.  This is more than the total emissions of Ireland and as much as 13.6 million cars driving for a year.

Cats & dogs in the US contribute to 64mn tonnes of CO2e, which is more than Ireland’s emissions

Cats and dogs love meat, and meat production is known as a major contributor of greenhouse gas emissions. Not to mention that dog and cat food is highly processed in factory and requires transporting and shipping, which also add to GHG emissions. Surely there is room for pet food manufacturers to go green or should pets go vegan or shift to insect-based diet?

Globally, there is 1.3 billion tonnes of food wasted every year. Is it feasible to turn food waste into pet food as well? This would not only save emissions but also save money.

Unfortunately, there is also a staggering increase of products and services in the market that are encouraging pet owners to humanise their pets, including luxury human-grade food and treats. Unlike humans who can control their diets and pick ‘low-footprint’ ingredients, pets cannot choose what to eat as the ingredients are already blended by manufacturers. Therefore, it is up to the pet owners to choose the best ingredients both for pets and the environment.

As a dog lover & owner, I am increasingly concerned about how my purchasing decisions affect the environment as well as the health of my dog

As a dog lover and an owner of a miniature schnauzer, I am increasingly concerned about how my purchasing decisions affect the environment as well as the health of my dog. Are the ingredients of the pet food or accessories that I buy eco-friendly? How about the supply chains? Could pet product manufacturers face more regulatory scrutiny going forward?

Pet ownership is on the rise

The rising of pet population also means that more land is required to meet the demand of food supply. As a new UN report warns, the world’s land and water resources are being exploited at “unprecedented rates”. Will it become a luxury to own a pet in the future? Perhaps those who don’t have any kids should be entitled to having a small breed dog (or a few)? Would you give up having “furry kids” to save the planet? Paws for thought…

Author: Chien Tat Low
Low has extensive inter-disciplinary research experience, which although wide-ranging, focuses on identifying hotspots to facilitate better planning. At CWR, Low uses spatial modelling and statistical analysis as well as remote sensing, cartography, and geo-statistics to map and assess water risks. In addition, he helps manage CWR’s extensive network of contributors and partners. CWR is Low’s first foray outside academia and he hopes to apply his 12 years of scientific know-how toward enhancing the understanding of water risk in Asia, including spatial temporal variabilities of anthropogenic and natural factors on water resources. Previously, Low was a postdoctoral fellow at the University of Hong Kong where he devised methodologies to measure and benchmark the quality of urban life in an Asian context. As a certified GIS Professional, he also taught GIS and spatial analysis modules there. Low’s research on urban, human and environmental health is published in 11 prominent international peer-reviewed journals; he has also written a chapter in a book on managing environmental hazards. His PhD thesis on place effect on human well-being was prize-winning. Low is currently the reviewer editor for the journal “Frontiers in Environmental Informatics” and also reviews other international journals such as “Applied Geography”.
Read more from Chien Tat Low →
« previous
HK Submerged? Is This Map For Real?