Can APAC Lead In Adaptation Finance? Impacts of climate change seen across APAC from melting glaciers in the Himalayas to floods in coastal cities
With adaptation finance needs to reach USD300bn by 2030, the private sector's role should be bigger than 8%
Broader approach to adaptation needed incl.: cross-sector solutions, economically sound projects & clearer benefits

In the last two months, I attended two international climate conferences: one was the 5th Asia Pacific Adaptation Forum that focused on how to build greater partnerships between governments, civil society and business. The other was the 22nd Conference of Parties (COP22), which was the very first session for leaders and delegates around the world to discuss implementation of the “Paris Agreement”, which came into force on 4 November.

At both conferences, the general voices were that we need to act NOW and we need more finance. As stated in the “Marrakech Action Proclamation“, “our task now is to rapidly build on that momentum, together, moving forward purposefully to reduce greenhouse gas emissions and to foster adaptation efforts” (find the full list of decisions adopted at COP22 here).

For adaptation, almost no country is exempt from the impacts of climate change. In Asia Pacific, the impacts of climate change can be seen across the region from melting glaciers in the Himalayas to floods in coastal cities as well as rising sea levels in Pacific Islands. Accounting for 60% of global population and nearly 2/3 of global economic growth, adaptation efforts are more urgently needed in the APAC region.

The question is then how much is needed, and where to find the money.

Obviously, mitigation has captured most of the climate finance flow, as it is much more straightforward and also easier for government and business to see incentives in investing in efforts such as renewable energy.

Adaptation only captured 7% of global climate finance, of which 92% came from public finance

As for adaptation, around 92% of the finance during 2013-2014 came from public money (see right above chart). But, this doesn’t mean we don’t need more finance towards adaptation. In fact, there is a huge gap in meeting actual needs.

The adaptation finance gap is widening…

UNEP’s new report estimated the annual costs of adaptation today to be USD56-73 billion (>2x of current finance flows) and expected it to reach USD140-300 billion by 2030. The report warned that this gap will continue and is likely to widen.

To narrow this gap, firstly it is necessary to grab as much from existing and proposed public climate finance as possible: for instance, the promised annual climate finance of USD100 billion by 2020 from developed countries. However, even if we can secure the USD100 billion and direct all of it to adaptation, it still won’t be enough.
Clearly, we also need to get the private sector involved and enhance its role in adaptation finance. This is also highlighted in COP22’s Decision on “Long-term climate finance”.

There are certainly lots of barriers to overcome. During many discussions at COP22, one debate came up repeatedly: on one hand, civil societies and practitioners are calling for more finance towards adaptation; but, on the other hand, financial institutions and investors spoke frankly that there are not many “bankable projects” in adaptation.

Mitigation, adaptation & development are all intertwined…

Both sides have their sound reasons, but let’s stop drawing a hard line between mitigation and adaptation. As Nicolas Stern, President of the British Academy, pointed out during the High-level Ministerial Dialogue on Climate Finance, mitigation, adaptation and development are all intertwined as already shown in many examples such as decentralized solar and energy efficient transportation.

Thus, to attract more private investment, we should start talking about concrete opportunities and potential solutions, and what exactly the private sector can invest in.

So, a broader scope in adaptation?

According to the UNFCCC definition, adaptation is about “adjustments in ecological, social, or economic systems in response to actual or expected climatic stimuli and their effects or impacts”. So naturally, adaptation covers a wider range of activities than mitigation, from water resources management, agriculture, ecological protection & land use, urban infrastructure & industries, to monitoring & emergency response and public health. For instance, China’s National Climate Change Adaptation Strategies covers seven very different key task areas and five assurance measures (see graph below).

Although covering a broader scope, around half of adaptation finance is dedicated to water & wastewater management projects

But currently, around half of adaptation finance is dedicated to water & wastewater management projects. In China’s national strategies, improving irrigation efficiency is one of the key tasks. China plans to invest >RMB139 billion (~USD20.2 billion) on highly efficient water-saving irrigation in four key regions by 2017/2018, which will help achieve the efficiency goal of 0.55 by 2020. Although all good moves, can we also scale up investments in other areas of adaptation?

A broader scope in adaptation also means that solutions need to be ‘unsiloed’ and should cross different sectors.

Take renewables for example, other than substituting thermal power generation, it can also play an important role in off-grid applications. Around 75% of China’s onshore wind and solar PV potential lies in the Northeast, where competition for water between energy and agriculture is high. These provinces account for about 14.2% of China’s total irrigation areas. Imagine replacing some of the diesel pumps and generators on the farm with renewables powered systems, it not only can bring dual benefits on carbon and water, but also help with current high curtailment rates.

Moreover, solutions are not limited to physical ones. As Mark Brown, Finance Minister of the Cook Islands, highlighted during the Asia Pacific Adaptation Forum that building resilience can also be about soft adaptation in the community, such as bringing in new economic opportunities like e-commerce to vulnerable regions. In the case of China, the government is pushing for new financing mechanisms for water and climate adaptation, such as climate bonds and PPP.

Furthermore, we need to be specific about the socio-economic benefits of investing in natural adaptation and disaster risk reduction infrastructure. As wisely commented by Lucy Emerton, Chief Economist at the Environment Management Group, it “means little unless these benefits can also be captured, distributed, and translated into tangible and immediate gains”.

The private sector in APAC can act faster

Being Asian, I certainly would love to see the private sector in the APAC taking the lead in financing climate adaptation.

APAC accounts for >56% of global new investment in renewables

Asia Pacific is already leading in climate mitigation. According to latest report by REN21, in 2015, global new investment in renewable power & fuels reached USD286 billion, nearly 4x as much as in 2005: China alone accounted for 36% of the global total, and Asia Pacific as a whole accounted for over 56%. 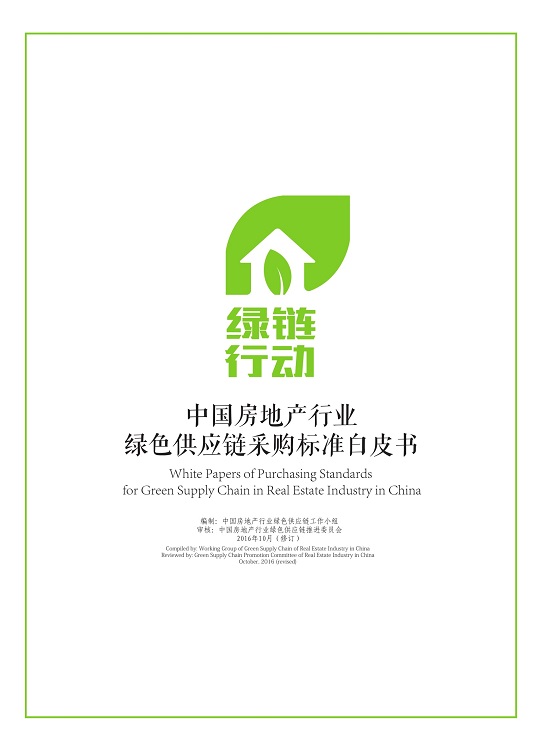 For adaptation, it’s relatively easier to engage the private sector in the urban areas. In China, the government is selecting 30 pilot cities in order to transform them to become ‘climate resilient cities’ by 2020. In these cities, 50% of the buildings are expected to meet relevant green building standards.

The new initiative, currently comprised of ~70 companies with total annual sales >RMB1 trillion, commits to achieve annual emission reductions along the entire supply chain to 0.89 billion tonnes of CO2 equivalent by 2025, 2x of UK’s emissions in 2015. If future carbon price could increase to the hoped-for level of RMB300/t, revenues from emission reductions trading in the forthcoming national market would be as large as RMB267 billion (~USD39 billion).

The push for green buildings will also involve water saving & efficiency, which will bring new opportunities as well. A recent national plan requires all the new public buildings & government residential buildings to install water recycling systems after 2018. Although such mandatory requirements may not immediately extend to commercial buildings, as water price reform and water rights trading progress, the property developers will likely act before regulation kicks in. That could bring a chain of opportunities for many solution and service providers.

Asia Pacific is the most economically vibrant region in the world, not to mention that it has three of the world’s five largest economies, China, India and Japan. If we look at global climate bond markets, China has grown from zero to No.1 in two years. We can believe that within a few years, the private sector in Asia Pacific will lead in global adaptation finance and provide a lot more inspiring business cases for the rest of the world. In addition, the region is packed with rich and diverse cultures and there is a great wealth of indigenous and traditional knowledge and practices that can already be applied and scaled up in our adaptation efforts. In a 2016 UNFCCC’s report that compiles 21 such good practices globally, 11 of them come from Asia Pacific.

Author: Feng Hu
Having previously led CWR’s work on water-nomics, Feng now sits on our advisory panel to help us push the conversation on integrating water considerations in planning sustainable transition and mobilising finance toward climate and water resilience. Feng currently works on ESG advisory at a regional financial institution. Prior to that, Feng worked as Sustainable Finance Research Manager APAC at V.E, part of Moody’s ESG Solutions. During his time at CWR, he initiated and led projects for CWR including the joint policy briefs with China’s Foreign Economic Cooperation Office of the Ministry of Environmental Protection on the water-nomics of the Yangtze River Economic Belt. Feng expanded the water-nomics conversation beyond China by co-authoring CWR’s seminal report “No Water No Growth – Does Asia Have Enough Water To Develop?”. He has given talks on water-nomics and other water issues at international conferences, academic symposiums, corporate trainings and investor forums. Previously, Feng also sat on the Technical Working Group of the Initiative for Climate Action Transparency (ICAT) and worked as a senior carbon auditor on various types of climate change mitigation projects across Asia and Africa. Feng holds two MSc degrees – one in Finance (Economic Policy) from SOAS University of London and the other in Sustainable Resource Management from Technical University of Munich – and a BSc degree in Environmental Science from Zhejiang University.
Read more from Feng Hu →
« previous
Water In: Beer, Crisps & Chocolate

Next »
Dug-Up In China: The World’s Critical Raw Materials
Related Posts
8 Pollutants In The Ocean That Can Kill You
4 Ways To Get To Zero Chemical Pollution In The Ocean
2021 State of Ecology & Environment Report Review
SIWW 2022 – 3 Key Takeaways
Water Leaders Summit 2022 – Key Takeaways
Key Takeaways From Futureproofing Cities To Avoid Atlantis
The Latest anay