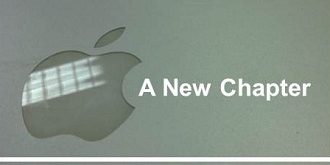 When we think of Apple, certain things come to mind: chic, innovative, cutting-edge and ahead of the curve. That’s what makes its products so appealing. The result is an iconic brand with an extremely loyal following. But there reportedly is a flip side to Apple – a polluting supply chain that exposes workers to hazardous substances.

This ‘Other Side of Apple’ and other IT sector companies became apparent through the recent work of a coalition of NGOs working in China – the Green Choice Initiative (GCI). Following the exposure of corporate violations of wastewater discharge standards by the Institute of Public and Environmental Affairs (IPE) in 2009, it became apparent that a number of the heavy polluters were in fact suppliers to some of the world’s best known IT brands. In April 2010, GCI started a process of engagement with the IT sector, with the dual aim of promoting and strengthening leading brands’ supply chain environmental management’ and ‘reducing  IT enterprise related pollution discharges1.

The Coalition, which includes IPE, Friends of Nature and Green Beagle, amongst others, has since released a series of five reports2 documenting the performance and willingness of the brands to engage positively and address serious environmental and social problems in their supply chains.

Back in June 2010, China Water Risk highlighted the initial stages of this work and the unique nature of the IT Brand – Supplier relationship. On the one hand electronics components are often complicated and proprietary meaning an IT company may become locked into a particular supplier, on the other hand, suppliers’ can be reliant on a few brands for most of their business; reportedly Foxconn’s top five customers account for over 90% of its business.

To further complicate matters, in an interview with China Water Risk in July 2010, Ma Jun, Director of IPE, indicated that not only is the sector notoriously secretive, but that many brands appear unaware of the intricacies let alone the environmental performance of their own supply chains. “The secrecy in this industry means companies are less open to dialogue and exchange of information” Ma Jun said. The customer and supplier relationships are also different and more complex than other industries.

Despite these challenges, the NGOs’ engagement process has from the start yielded fruit, with a number of brands such as HP and Samsung responding to requests for information and addressing issues in their supply chains. But a few, including Apple Inc., ironically have been extremely slow in communicating, and initially at least, less than willing to address the supply chain issues being raised.

From April 2010 to November 2011, GCI tracked the responses and willingness of the brands to engage productively, to check alleged supplier violations cases and enhance supply chain management (Figure 2). At first only nine brands responded to GCI’s questions. However, within three months, GCI had elicited responses from all 293, though the willingness to engage productively and problem solve varied significantly. Apple, for example, refused for months even to acknowledge that the polluting suppliers identified were indeed part of its supply chain.

Figure 2: Table Tracking Progression of the Brand’s Efforts to Respond to the NGOs The pressure builds on Apple

From August 2010 to January 2011 the brands made varying degrees of progress in dealing with supplier pollution issues. All however, except Apple.

By January 2011, despite additional consumer action4, Apple’s engagement and action were sufficiently poor that it descended to the bottom of responders. Not only did Apple fail to cooperate with the GCI it was also among three companies that were unwilling to take part in Greenpeace’s 2010 Green Electronics Survey5.

Consequently, as a result of i) persistent lack of transparency over its supply chain including failure to admit that its suppliers were those identified and ii) resistance to engage with the NGOs and undertake corrective action over significant pollution incidents, GCI’s attention turned to Apple. As a result, two dedicated reports were published in January and August of this year.

Apple has a long standing practice of not disclosing our supply base”.

Aptly named ‘The Other Side of Apple’, the reports documented evidence that Apple’s suppliers were indeed responsible for numerous environmental pollution violations, including discharging large amount of wastewater into local lakes and rivers, mismanagement of hazardous waste, air pollution emissions causing problems with local residents, as well as poisoning of workers at supplier factories (see figure 3).

Given the company’s iconic status, it’s not surprising that the media took a keen interest in these revelations. As each report was released, mainstream media including papers such the Financial Times featured Apple, and on these occasions not for its technical wizardry6.

The issue was also bought to the attention of many in China as residents and workers kept up complaints about Apple’s suppliers via local media. In October this year, the topic reached millions as CCTV aired a 40 minute documentary on Apple’s polluting supply chain. Clearly pressure was building.

The NGO investigations highlight the issue that companies such as Apple, who potentially have enormous influence over their suppliers, demand lower and lower prices while requiring increased product quality.  Yet few companies focus on supplier environmental performance, which conversely is often sacrificed as a result of low margins.

“Analysis of the distribution of profits in the supply chain for the iPhone4 carried out by the media have shown that for each iPhone4 that sells for $600, Foxconn and other Chinese assembly companies only receive $6.54. Apple’s profit for each iPhone4, on the other hand, is up to $360.”7

Since the brands are not directly responsible for production and in most cases do not own their suppliers, they can theoretically avoid responsibility for environmental compliance. Yet, as Ma Jun points out, such companies are known to exercise extremely tight controls over the whole production process including raw materials used, thus indirectly influencing their supplier’s suppliers.

Apple is no exception and is well known for exercising even tighter control than most over every aspect of its manufacturing process.

Finally, Apple appears to be bowing to pressure.  After months of GCI reaching out to the company, Apple agreed to meet with IPE as well as the Natural Resources Defense Council (NRDC), just hours before the second report on the company was published in August.

A month later at Apple’s headquarters in Cupertino, USA, some of Apple’s senior executives, met with Ma Jun and NRDC in what is hoped to be the beginning of a positive engagement process.

For the first time, Apple admitted that 15 suppliers out of the 22 cited by GCI are in fact part of its supply chain. In a surprising revelation the company also admitted to having hired third–party auditors to check all 15. Two months later in November, representatives from GCI met with Apple in Beijing to discuss the Company’s progress, including the manufacturing of printed circuit boards (PCB), a process which is particularly water and energy intensive as well as potentially polluting.

Rather than displaying reluctance to address the issue, Apple agreed to use its influence over its PCB manufacturers to improve the production process, indicating that some of their suppliers have agreed to spend RMB 100 million each to address environmental issues.

As a result, Apple has regained some ground on other companies and is no longer the worst performer in the NGOs process (see figure 4).

Figure 4 – Levels of Cooperation by Brands per Latest IPE Update A long road ahead

While the GCI’s recent engagement with Apple is positive, there is room for improvement.  The company maintains that it will not publically disclosure its suppliers’ discharge data and details of corrective plans to the public. Instead, requesting that the GCI respects the company’s confidentiality as well as its culture.

Yet, as IPE point out, Apple could simply exert its influence and push its suppliers to disclose their own data.

At this stage, it’s unclear how far Apple is willing to go, with respect to addressing both its supply chain problems and the engagement process itself. The company would, it seems, prefer to be left to fix its supply chain problems. The NGO community, meanwhile, is continuing with its increasingly successful engagement process and is patiently waiting to see how Apple will evolve. If improvements are not evident, then it’s likely that the pressure will continue if not intensify.

Companies like Siemens and Vodafone show that progress and innovation in reducing and controlling supply chain pollution is indeed possible and opening up suppliers to work with outside groups can be beneficial to all involved.

4 As of July 6th, 2010:    More than a thousand consumers had written to Apple asking them to reply to concerns over the company’s supplier‘s violations sent to them by 34 Chinese environmental protection organizations.  Apple still did not give any sort of reply.

Author: China Water Risk
We believe regardless of whether we care for the environment that water risks affect us all – as investors, businesses and individuals. Water risks are fundamental to future decision making and growth patterns in global economies. Water scarcity has emerged as a critical sustainability issue for China's economy and since water powers the economy, we aim to highlight these risks inherent in each sector. In addition, we write about current trends in the global water industry, analyze changes occurring both regionally and globally, as well as providing explanations on the new technologies that are revolutionizing this industry.
Read more from China Water Risk →
« previous
Water Purification – A Booming Market

Next »
Can Fashion Be Green?
Related Posts
High Flying Carbon Emissions – Rethink Your Next Trip
Tis The Season To Be Worried: Our Online Habits
Fast & Furious: Online Shopping’s toxic ways
Will MTR Sink With The Polar Express?
8 Empty Promises & Hypocrisies – An Asian Perspective on COP26
Are We More or Less Water Secure Post COP26?
The Latest anay