Except for a few pockets, China's overall environment quality worsened in 2015; mixed news for rivers again The Year 2015 marked an important milestone for China’s “War on Pollution” and its path towards “blue skies, green land and clear running water”; it was the last year of the 12th Five Year Plan (12FYP) and the first year with the revised Environmental Protection Law in force. Also, the long-awaited “Water Ten Plan” was also issued (April 2015). With so much action during the year, there is much attention on whether the overall environment quality has improved.

On 2 June 2016, the MEP’s 2015 State of Environment Report was issued. It stressed that environmental protection is high on the political agenda and that much effort has been made in this area over the past five years. However, as seen from the latest 2015 data the War on Pollution will not be won quickly, instead we can expect a protracted battle, perhaps with the exception of key lakes & reservoirs:

However, the declining data could be partly due to improved monitoring and new information disclosure. All of which helps form a better picture of the real status of  pollution in China’s groundwater.

The National Groundwater Pollution Prevention and Control Plan (2011-2020) is at its halfway point but we have yet to see any improvement. The 18.8% of ‘very bad’ groundwater needs to be 15% by 2020 according to the Water Ten Plan.

Overall river quality has improved during the 12FYP. However, when looking at individual rivers we can that this isn’t the case. The good news first…

The chart below clearly shows that the water quality of the Liao River has continued to deteriorate since 2013. Differences between water reserves in the North & South are clear with a glance across the water quality of China’s seven major rivers in 2015.

Although on average the seven rivers have met the 2020 Water Ten target of 70% meeting Grade III or above, a look at the rivers individually reveals a different story. Five of the seven rivers (Yellow, Songhua, Huai, Hai & Liao) are still far from meeting the target, all of which are located in Northern China.

The Liao and Hai Rivers are particularly far, with less than 50% meeting Grade III or above. Despite this great progress, we still need to pay attention to heavily polluted Grade V+ water, which rose from 7.7% in 2011 to 8.1% in 2015. This is especially true for the severely polluted Dian Lake in Yunnan, where 90% of water is in Grade V+ condition. Billions of RMB have been spent to tackle the pollution here but it still prevails.

This high expenditure with little if any improvement highlights the importance of protecting water bodies that are currently in good condition – it is easier to maintain a good quality body then treat and remediate poor quality bodies.

2015: the year when China gets serious about pollution

The revised Environmental Protection Law coming into effect on 1 January 2015, meant that the War on Pollution could be stepped up a notch. As detailed in the 2015 State of Environment report, since the law’s enforcement, there have been:

As we have said many times, ‘Business As Usual’ no longer works in China with its limited resources, especially water, and its rampant pollution. China’s circular economy policy and ‘Made in China 2025’ mean industrial upgrading and innovation.

Going forward the government needs to look beyond pollution prevention & control, and look into how to manage trade-offs in balancing environment and economic development. Such holistic approaches are being considered along the Yangtze River. China Water Risk co-authored a brief on this with the Foreign Economic Cooperation Office of China’s Ministry of Environmental Protection (MEP FECO). For the full joint brief click here and its review here.

It’s not just water pollution that needs to be tackled, so does soil pollution. The two are closely linked – untreated wastewater can contaminate soil and conversely pollutants in soil can in turn be leached into surface & groundwater sources.

The Chinese government finally released the ‘Soil Ten Plan’ in early June 2016. The plan states that heavy metals will be one of the key monitored pollutants; as will industrial waste control and agricultural pollution.

With the three pollution prevention & control action plans: Air Ten, Water Ten  & now the Soil Ten all issued, we expect to see a more holistic approach in tackling pollution and real improvement of the environment in the coming 5 to 15 years. More on the Water Ten here and the Soil Ten here. 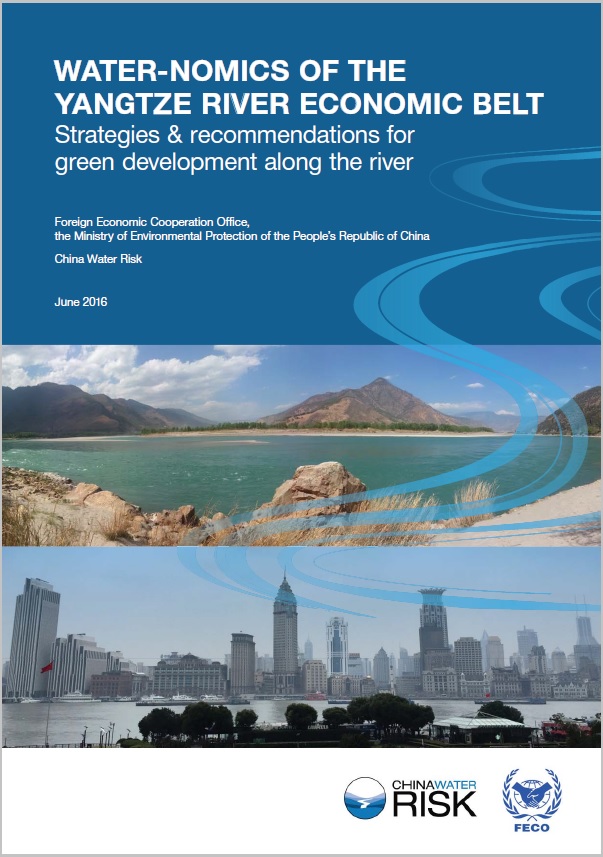 Author: China Water Risk
We believe regardless of whether we care for the environment that water risks affect us all – as investors, businesses and individuals. Water risks are fundamental to future decision making and growth patterns in global economies. Water scarcity has emerged as a critical sustainability issue for China's economy and since water powers the economy, we aim to highlight these risks inherent in each sector. In addition, we write about current trends in the global water industry, analyze changes occurring both regionally and globally, as well as providing explanations on the new technologies that are revolutionizing this industry.
Read more from China Water Risk →
« previous
Water-nomics: Trade-offs Along The Yangtze