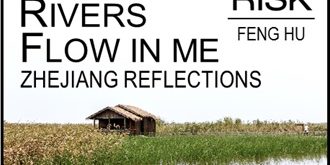 Rivers Flow In Me: Reflections From Zhejiang As GDP rocketed, rivers from my childhood memories became sad endnotes to the success of my home city
Zhejiang has the second worst coastal water quality but is leading in water rights trading & pollution permit trading
These initiatives are taking effect but the journey to save our rivers & find our memories will need continued efforts

For centuries, the Yangtze River Delta has been praised as ‘the land of plenty’ (鱼米之乡), because the numerous rivers and canals provide abundant water for growing rice and the ecosystems for fishery. Without rivers, the region of ‘Jiangnan’ (江南; south of the lower reaches of the Yangtze River) won’t have its cultural identify and significance in Chinese traditional literature and arts.

“Rivers are more than just rivers. They shaped our way of life”

Rivers defined my homeland and my people. The name of my home city, Cixi (慈溪), means ‘kind stream’, and the town where I grew up is called Changhe (长河), which literally means ‘long river’. In a traditional Jiangnan town, rivers and canals weave through blocks of houses and bridges. Women wash vegetables and clothes by the rivers, and kids swim during summer. Rivers are more than just rivers. They shaped our way of life.
But, over the past few decades, this peaceful relationship turned into a drama.

During the course of my 30-something life, our relationship with rivers went through three phases:

In the 1990s, shortly following the nation-wide SOE reform, many of my parents’ generation were laid off, and some turned to private business or so-called ‘jumping to the sea’ (下海). SMEs sprout out in the region like shoots after the rain, GDP rocketed; but we also discharged more and more wastewater into our environment, and our rivers started dying.

“Rivers, in my childhood memories, are sad endnotes to the success stories of my home city”

Many of our rivers were slowly covered by trash and polluted by untreated wastewater, both from factories and households. Soon, some rivers became too polluted to treat and were eventually filled with concrete and became roads. Rivers, in my childhood memories, are sad endnotes to the success stories of my home city.

Like the saying in popular songs, men only start to cherish something once they lose it. We focused so much on what we can get from rivers, and what we can use rivers for, but forgot what kind of impacts our doings could bring to rivers.
Rivers have boundaries and limits. As I learned from the concept of ‘environmental carrying capacity’ during my undergraduate study, a river is like us humans: if we keep dumping stuff into it, at some point it will be fed-up, reaching a critical point of its ecosystem health balance.
As Steven Solomon wrote in his brilliant book Water: the epic struggle for wealth, power, and civilization, “Despite its growing scarcity and preciousness to life, ironically, water is also man’s most misgoverned, inefficiently allocated and profligately wasted natural resource”.
During our search for better lives and prosperity, we lost our clean rivers, whose value can hardly be measured with money.

An ode to the sea? Zhejiang’s coastline is heavily polluted

I grew up in a coastal town. But I never learned to ride a wave. I wasn’t scared.
The whole coastal area at the mouth of Hangzhou Bay is all muddy land. Now a beautiful national wetland park with support from GEF, it never offered me more enjoyment other than tasty crabs and shrimps.

The East China Sea is the most polluted coastal area along China’s 18,000km-long coastline

Receiving sediment from the Yangtze River and Hangzhou Bay, water along the coast of East China Sea is often muddy. Moreover, it is also the most polluted coastal area along China’s 18,000km-long coastline. According to the latest MEP report, a third of its monitoring points were found with Grade IV+ seawater quality, the worst amongst the four coastal regions (see left-below chart).

At the provincial level, Zhejiang has the second worst (after Shanghai) coastal water quality: 54% of the monitoring points were in Grade IV+ (see right-above chart). To find clean water and beaches, you will have to travel further away from the coast, to islands in Zhoushan.
Some of the pollution comes from many discharge points located along the coast, which directly discharge wastewater into the sea. As stated in the same report, Zhejiang, with 100 monitored discharge points, accounts for 46% of total wastewater discharged into the East China Sea. For certain pollutants such as Hexavalent chromium, its share can be as high as 98%.
But, a significant portion of pollution is also carried by sea-bound rivers flowing through many industrial towns. Many come from factories that produce almost everything from silk ties to robot vacuum machines. With the excess of toxic pollutants in our coastal water, people think twice of buying early morning catches from our own coast. What we have done to our rivers is affecting our daily lives. What we have lost is much more than bodies of clean water.

A long journey towards a happy ending

Since 2013, Zhejiang has been implementing so-called ‘Integrated Management of Five Water Issues (五水共治)’, which covers the following key areas:

Zhejiang was one of the first provinces to pilot the ‘River Chief’ system..
… it also leads in water rights trading & pollution permit trading

Zhejiang was also one of the first two provinces that piloted the ‘River Chief’ system in China (read our latest review here). Until now, there are in total 57,533 river chiefs appointed at all levels across Zhejiang, 61% of which are at the village level. The first provincial-level regulation on this new river management system was also put into force on 1 October 2017.
Meanwhile, mobiles apps have been developed to assist river chiefs in daily monitoring and reporting (you can download from iTunes store here and here). There is still great potential in applying IT technologies and advanced monitoring tools in river management.
Moreover, thanks to its vibrant business environment, Zhejiang is also leading in water rights trading and pollution permit trading. For instance, by mid-2017, the total collected fees and traded values of pollution discharge permits amounted to over RMB7.6 billion, accounting for about two thirds of the national total. About 534 companies also leveraged over RMB25 billion bank loans by depositing pollution permits.
These efforts are having an effect. As reported by the government, during 2014 and 2015, about 5,100km length of rivers with black and odorous water were cleaned up. This is equivalent to the distance from China’s western border to its eastern coast. The share of Grade V+ water bodies fell from 14.5% in 2012 to 2.7% in 2016 (see chart below). Every time I go back to my hometown, I can see changes happening to the rivers that were once covered by trash.

But, the journey to save our rivers and to find our childhood memories will be long and needs continued efforts. The good news is, both government and business have started linking economic decisions with their impacts on water. Economic structure and industrial mix matter in ensuring continued growth and easing pressure on the environment.

For me, no matter where I will be working in the future, rivers will continue to be a core theme of my work. In the past few years, I have travelled to most of the major rivers in China. I’m hoping to continue with these adventures and document the stories of our rivers.
The journey is just beginning…

Author: Feng Hu
Having previously led CWR’s work on water-nomics, Feng now sits on our advisory panel to help us push the conversation on integrating water considerations in planning sustainable transition and mobilising finance toward climate and water resilience. Feng currently works on ESG advisory at a regional financial institution. Prior to that, Feng worked as Sustainable Finance Research Manager APAC at V.E, part of Moody’s ESG Solutions. During his time at CWR, he initiated and led projects for CWR including the joint policy briefs with China’s Foreign Economic Cooperation Office of the Ministry of Environmental Protection on the water-nomics of the Yangtze River Economic Belt. Feng expanded the water-nomics conversation beyond China by co-authoring CWR’s seminal report “No Water No Growth – Does Asia Have Enough Water To Develop?”. He has given talks on water-nomics and other water issues at international conferences, academic symposiums, corporate trainings and investor forums. Previously, Feng also sat on the Technical Working Group of the Initiative for Climate Action Transparency (ICAT) and worked as a senior carbon auditor on various types of climate change mitigation projects across Asia and Africa. Feng holds two MSc degrees – one in Finance (Economic Policy) from SOAS University of London and the other in Sustainable Resource Management from Technical University of Munich – and a BSc degree in Environmental Science from Zhejiang University.
Read more from Feng Hu →
« previous
Water Stewardship In Industrial Parks: The Kunshan Case