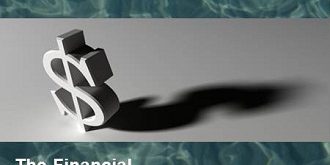 Dr Malcolm Cooper and Professor Alan Jenkins give their views on the large gap between science & finance. Economic significance of water has only recently begun to percolate into the investment community.
Scientific and financial communities need to work together.
‘Virtual’ water – a promising way forward.

Asia faces a particularly severe challenge in an era of increasing water stress.  To cite just one example, on average 70% of the world’s freshwater is used for agriculture, but in drier parts of India, the figure is as high as 90%.  The overall answer to the problem of water scarcity is greater efficiency in both consumption and allocation.  The most important barrier to progress is the quality and quantity of data on water resources, supply and usage. Such hydrological data includes measurements of precipitation, water flows, aquifer replenishment rates, groundwater abstraction rates and effluent discharge, along with many other key variables.  While information of this sort is generally quite extensive and readily available in some parts of the world, it is patchy and of low spatial resolution over large parts of Asia and Latin America, along with the majority of Africa, where there is also a shortage of historical data to allow trend analysis and future modelling.  Without adequate scientific underpinning, there is a real danger that large water-related projects, such as those being undertaken in China to re-direct water from the relatively well supplied south to the under-supplied North, will have unanticipated knock-on consequences for both water supply and related eco-systems.

The real issue at the heart of the water challenge is the integration of scientifically sound information and projections with financial investment and decision-making.  As things stand today, there is a large gap between most scientific and financial sector knowledge of water-related issues. The major reason for the limited interaction between scientists and financiers is that the economic significance of water has only recently begun to percolate into the investment community.  Water, unlike commodities such as oil or copper, has not been a traded commodity, and such prices that have been assigned to it have originated from regulated water utilities with artificial pricing regimes.

Additionally, water stress in Asia (and elsewhere in the world) will depend on the scientific and financial communities working together to develop metrics through which water resources can be adequately quantified to allow valuation and allocation decisions to be taken.  These, in turn, will need to be informed by robust models to allow prediction of future regional supply and demand.  One of the most promising concepts for development of water pricing is that of ‘embedded’ or ‘virtual’ water.  The simplest way of defining embedded water is the amount of water required to produce a given object, be it a concrete building or a crop of wheat.  Given the high allocation of water to food production, savings here offer great scope for progress.  The water required to produce different food stuffs varies enormously.  It takes 15,500 litres of water to produce a kilo of beef.  At the other end of the scale, the figures for soya, wheat and potatoes are, 1,800, 1,500 and only 141 respectively.

Growing patterns are often the product of history or of land and labour availability, and a large part of the world’s arable land is not being used in a manner which optimizes local water availability.  To put in another way, a lot of water-intensive food is being produced in areas where water supplies are under stress.  As the above suggests, it is theoretically possible to value the embedded water in any given crop, and to construct an index of relative values across regions by cross-referencing growing patterns with water supply.  This would provide a range of ‘virtual’ water costs which could be used to re-orient crop selection better to match the water resources of the region. The allocation and management of water resources in any locality, however, must remain a local decision based upon local priorities.

To develop this idea further, it is only necessary to look at carbon markets.  As a result of scientific, financial and governmental collaboration we now have both a carbon price and a market on which carbon can be traded.  The critical components of valuation and liquidity have allowed the development of a wide variety of related financial instruments, and have triggered increasing investment in clean generation capacity, new environmental technologies, and carbon-rich forests.

There is a basic model here that could be applied to water, with equally positive potential results.  There is, however, one critical difference.  There is only one price for carbon, because the mechanism through which the base price was calculated employed a fixed value for the negative impact of the release of a ton of carbon into the earth’s atmosphere.  There can never be a single global price for water.  Its supply/demand characteristics are asymmetric, regional and subject to ongoing change certainly varying basin to basin, but often at even smaller scales.  Nonetheless, given adequate data, and building on the ‘virtual’ water model, it could be possible to develop a regional valuation methodology.  This could provide the inputs necessary to accelerate financial investment in securing adequate water supplies for the future.

This article was inspired by the NERC “Finance & Water – Where’s the Data?” working paper published in October 2010, which is available to download here.

Author: Malcolm Cooper
Malcolm Cooper is the Principal of Athena Research Consultancy and an Associate of Z/Yen.  He holds a D.Phil from Oxford University, and has held a variety of senior research posts in the City over the past 20 years.
Read more from Malcolm Cooper →

Author: Alan Jenkins
Alan Jenkins is the Director of the Water Science Programme at the Centre for Ecology & Hydrology. He is active in many national and international committees including representing the UK on the UNESCO International Hydrology Programme and leading the Pilot Programme on Hydrological Extremes for the EU Water supply and sanitation Technology Platform.
Read more from Alan Jenkins →
« previous
Water Risks in The Mining Sector – Still Murky And Getting Critical